And we’re off and ranting…

Lots of things have been irritating me now for quite a while, but they’ve been just on the edge of my mind. I haven’t quite been able to grasp what it is yet but there’s been a niggle there. I don’t have a name for it, and I don’t even  think it’s something that has a name, but it’s been niggling at me while I’ve been coaching and in social situations related to coaching. You know the sort of feeling I’m talking about? When something annoys you but you’re not quite sure why, and if you tried to put into words what it was that was irritating you, you would just sound like you were being picky?

Well this is my corner of the internet, and so I’m allowed to be as picky as I want without anyone stopping me. So here, in no particular order, are the things that have been getting my goat of late, and maybe by the end of putting them all down in writing I will have a name for my pain. 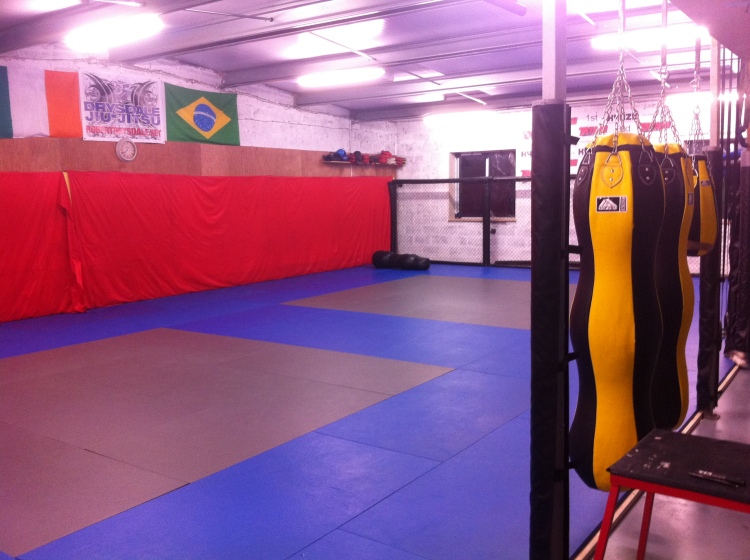 Every time someone comes into my gym they remark on how nice it looks.

Okay so I think everyone in every sport in the whole world has these guys. I know golfers in particular have a certain notion about the guy who has the world’s most technologically advanced driver in their bag, but can’t hit a ball straight. I’ve been working on the computer more than usual, and like everybody I’ve been spending far too much time on Facebook and Twitter when I really should be doing something productive. Being in the industry I’m in, I have a lot of “friends” on both accounts who are into fitness, and MMA, and Jiu Jitsu. This, for the most part, is great. If I post something training related I get a great reaction and I enjoy talking shop. However it also puts me in touch with the sort of people who buy €1000 olympic bars for their home gym so they can clean and jerk 40kg, or the guys who train in €80 MMA tee shirts. Don’t even get me started on the guys who keep posting pictures of themselves with their tops off. And speaking of Facebook…

I like enthusiasm and I like energy. But man oh man do I dislike reading about people who give the world sit-reps on how every mundane aspect of their training is going. Start a blog if you want to do that (like me, see?) and leave my newsfeed in peace. I dislike them almost as much as I dislike seeing people comment on what’s happening on TV talent shows.

I’m sure I’ve been a pain in the ass to coach at stages over the years, but I don’t think I’ve ever given less than 100% more than a few times. I’m not looking for a pat on the back there, I’m just wondering aloud what the point of turning up to training session- packing your bag, driving or walking to the gym, getting kitted, getting on the mat- is if you’re not going to put the effort in. I just don’t see the point. Luckily I have a great bunch but there’s a few I’d love to literally kick into action. If the drill is to do 20 guard passes, why do 19? Or 18? Or 10? Or if we’re warming up by doing some push ups, why try to get away with doing them? I don’t get it. Surely you’re here to train? Here to be coached?

This one is a bit different, as I’ve definitely been this soldier. Sometimes things are not going right in training, at home, at work, and it affects your ability to train properly. We go through rough patches, sometimes through a serious dip in your mood due to family or work problems, and sometimes just through stress and tiredness. I have a tool for this which works excellently for me which is called man the fuck up, but I understand others might need something more subtle. I read Dan John’s book a few years back and this was one of the best bits. I’m going from memory here, so if I don’t do Dan justice please feel free to correct me. Basically he pointed out that in every 5 sessions you will have 1 where you are invincible, 1 where you are the worst in the world, and the other 3 will be, well, just okay. In other words you can expect to be amazing all of the time but equally, training won’t suck forever. That really, really helped me understand my training better.

However I think a lot of people just need to man the fuck up and get on with it.

Not my words, but the immortal words of Bart Simpson, back when The Simpsons wasn’t just a series of bad one liners. I don’t know how to adequately express this in words, but I’ll try, but you, the reader, have to understand that my feelings on this one could probably fill a book, and by the time you finished that book, you would either think that you’d just read the same chapter 12 times, or that I had said nothing at all. Anyway, I don’t understand the hurry people are in. I know people want to get good at what they’re doing, but they don’t seem to want to either put in the time or to understand that when you’re learning something that requires high levels of skill that you are learning a craft, and crafts take time. I am now grappling 8 years. That’s 8 years of trying to do the same thing, and only in the last year have I caught glimpses of what it might possibly be like to master this sport. I don’t mean that I am anywhere near mastery, just that on occasion, and I mean very rarely, I find myself doing something to someone of equal ability that I’ve done perfectly in a live situation, and I’ve done it without thinking and usually as a counter to something my opponent has done. There’s a reason people call it physical chess. Every week I deal with people who are frustrated because they’re the Nail and not the Hammer in a training session, or because they’re not getting to use their new techniques. I don’t know how to answer without sounding like a smart arse, but the simple answers are usually the correct ones. So the next time you’re this guy (and we’re all this guy from time to time) look at it objectively and ask yourself these questions:

-how many hours have I been on the mat: in total, in the last 2 weeks, in the last 6 months? Then compare that number to the guy who is frustrating you in training

-when I’ve been on the mat in that time, what has my concentration to my task been like? Have I been 100% in the moment. It sounds like hippy bullshit, but you know it’s true

-the thing you were trying to do to him, how many times have you drilled it? Is it automatic, or do you have to hesitate before doing it- to recall it? How well do you understand it, its movements, the counter movements it generates, the possibilities?

So the smart arse answer you need to ask yourself AFTER you’ve asked these questions is “Have I earned the right to be frustrated?” Frustration should be something you earn after you’ve tried everything and nothing is working. That guy who is beating you probably just trains harder and longer. That’s the reality. We can conjure up lovely, comforting images of this just being because you didn’t eat right that day and so on, but 9 out of 10 times, the answer is much more tangible.

I don’t know why but some people just don’t want to roll with others. I have no idea why this would be. Surely a large part of doing this is to roll with people better than you? Is that not it? Have I got it wrong? No one is going to laugh at you for tapping to a lower belt, or a guy from another gym. Well that’s not true, some people might but they’re assholes. I would hate to walk into a room full of people and start picking out the guys I know I’ll have an easy time with. I actively seek out people who are going to challenge me and possibly kick my ass, but there seems to be a subset of people who do the total opposite.

There I’m done, and my coffee is drained. I could go on if it wasn’t for that. Maybe I’m just in a cranky mood lately and I’ll get over it and be all sunshine and lollipops next week. I just got news that not only will I be heading off to Poland to train there for a week in the summer, but that Robert Drysdale will be coming here to do a summer camp on July 28th, 29th and 30th. That will be epic, so that’s improved my mood a bit.

Take it easy, I’ll see you on the mat!

« How I Coached (well, this time at least)
Inspiration or Exploitation? »